In 2018 we must have a heart to begin raising up a generation of worshipers that are Spirit-filled and sensitive to the voice of the Lord. Worshipers that understand being a ministrel, psalmist, and prophetic dancer is not just something we do to fill up space on Sunday. One of the biggest issues has been that we are allowing our youth to use their gifts and talents with no understanding or biblical foundation. We do not want to raise up another generation of worshipers that are disconnected from God. Meaning they are trying to lead people to a place spiritually that they have never been.

Worship is more than music because it is a lifestyle of obedience to God. When the bible states that Abraham worshiped there was no B3 Hammond organ and he didn't have a band to back him up but instead you read about a prophet (Gen 20:7) that was willing to obey God no matter what it cost him. We have made the mistake of defining worship as the first 45 minutes of the service on Sunday with "worship" being the slow song that makes people want to weep. Instead of people understanding that worship is a lifestyle and not just what we "do" having a good time at church.

God is desiring pure worship through pure vessels. Those that are called to lead in worship must understand the weight of what God has called them to do. We can no longer turn a blind eye to worshipers that are living unrepentant sin sick lives because of their gifts and talents. We must show better examples to this upcoming generation. They have seen up close the hypocrisy and double life of many that are seen as leaders of worship.

Some time later God tested Abraham. He said to him, “Abraham!” “Here I am,” he replied. Then God said, “Take your son, your only son, whom you love—Isaac—and go to the region of Moriah. Sacrifice him there as a burnt offering on a mountain I will show you.” Early the next morning Abraham got up and loaded his donkey. He took with him two of his servants and his son Isaac. When he had cut enough wood for the burnt offering, he set out for the place God had told him about. On the third day Abraham looked up and saw the place in the distance. He said to his servants, “Stay here with the donkey while I and the boy go over there. We will worship and then we will come back to you.” Abraham took the wood for the burnt offering and placed it on his son Isaac, and he himself carried the fire and the knife. As the two of them went on together, Isaac spoke up and said to his father Abraham, “Father?” “Yes, my son?” Abraham replied. “The fire and wood are here,” Isaac said, “but where is the lamb for the burnt offering?” Abraham answered, “God himself will provide the lamb for the burnt offering, my son.” And the two of them went on together. When they reached the place God had told him about, Abraham built an altar there and arranged the wood on it. He bound his son Isaac and laid him on the altar, on top of the wood. Then he reached out his hand and took the knife to slay his son. But the angel of the Lord called out to him from heaven, “Abraham! Abraham!” “Here I am,” he replied. “Do not lay a hand on the boy,” he said. “Do not do anything to him. Now I know that you fear God, because you have not withheld from me your son, your only son.” Abraham looked up and there in a thicket he saw a ram[a] caught by its horns. He went over and took the ram and sacrificed it as a burnt offering instead of his son. So Abraham called that place The Lord Will Provide. And to this day it is said, “On the mountain of the Lord it will be provided.” The angel of the Lord called to Abraham from heaven a second time and said, “I swear by myself, declares the Lord, that because you have done this and have not withheld your son, your only son, I will surely bless you and make your descendants as numerous as the stars in the sky and as the sand on the seashore. Your descendants will take possession of the cities of their enemies, and through your offspring[b] all nations on earth will be blessed,[c] because you have obeyed me.”

Then Abraham returned to his servants, and they set off together for Beersheba. And Abraham stayed in Beersheba.- Gen 22:1-19

We have all heard the complaints about hirelings in the church but unfortunately we have groomed people to be hirelings when we emphasize and over depend on their ability to dance, sing, and play an instrument instead of their discipleship and walk with Christ. A lot of young children are being used as dancers, musicians and singers in their local churches and some are even being booked to travel to other ministries. The problem in most cases is that we introduce them to an opportunity to use their gifts without introducing them to the gift giver. Before they have matured or been properly discipled they are being set up to be leaders in the area worship. It is a dangerous thing to put people in place of service and they are not connected to God. I firmly believe this is why we see so much perversion in the area of worship in the church.

Church leaders will see a young person with a strong gift to dance, sing or play an instrument and immediately put them in position without truly considering their heart or even their soul. Those that are the sights and sounds of God leading the people in worship must have clean hands and pure hearts and must live a sanctified life before the Lord. Because when we put these young gifted people in position and they are not up to par they feel many times if God moved they are in right standing with Him. Or they will feel that they must be okay in regards to their walk with the Lord if their pastor keeps letting them use their gifts and talents. When we emphasize them being true worshipers FIRST and a prophetic dancer, psalmist, or minstrel second then we will see a generation that can truly usher in the presence and power of a Holy God.

Do you know the difference between a minstrel and a musician?

A lot of people play instruments but a real minstrel can move the hand of God. They can play and the power of demons will break. A lot of minstrels will hear sounds and songs in dreams or even while they are playing. They can be very spontaneous if they are Spirit led and in tune with heaven. I have seen a lot of musicians try to be catchy and introduce secular songs to the congregation because it sounds good or because people might know it. There are a lot of great musicians out there they just simply are not anointed. But a minstrel can release fresh manna and understand the importance of releasing a holy sound that can release healing, deliverance, breakthrough and so forth.

But now bring me a minstrel. And it came to pass, when the minstrel played, that the hand of the LORD came upon him.- 2 Kings 3:15

And it came to pass, when the evil spirit from God was upon Saul, that David took an harp, and played with his hand: so Saul was refreshed, and was well, and the evil spirit departed from him.- I Samuel 16:23

Do you know the difference between a psalmist and a singer?

So many people have beautiful singing voices but a psalmist is more than just a singer but they can release a sound that pierces the atmosphere they will sing and release the heart and mind of God through song. Psalmists are not always the "best" singers and they might not have the most beautiful voice. Yet, psalmists are able to receive downloads from heaven which allows them to prophesy in song they will release a new song, the song of the Lord, and the song of the bride. Psalmists are not concerned with runs and vocal showmanship instead they are trying to ride the wave of His glory! Real psalmists do not have to try and change the lyrics of a popular secular song because they hear from heaven.

Now these be the last words of David. David the son of Jesse said, and the man who was raised up on high, the anointed of the God of Jacob, and the sweet psalmist of Israel, said, - 2 Samuel 23:1

When he had consulted with the people, he appointed those who sang to the LORD and those who praised Him in holy attire, as they went out before the army and said, "Give thanks to the LORD, for His lovingkindness is everlasting." - 2 Chronicles 20:21

Chenaniah, chief of the Levites, was in charge of the singing; he gave instruction in singing because he was skillful. - 1 Chronicles 15:22

Do you know the difference between a praise dancer and a prophetic dancer?

A lot of people love dance but prophetic dancers are anointed and as they move to the heartbeat of God they can literally shift the atmosphere and move things in the spirit realm. They will flow with the Spirit of God as they prophesy in dance. Being a minister of dance is more than turning on a track and having choreographed moves. It is more than trying to make God relevant with current hip-hop dance moves but instead its about partnering with the Holy Spirit that you might dance like David danced. Prophetic dance is not about just random dance moves but its all about pure worship through dance and being in tune with the Holy Spirit.

Let them praise His name with dancing; Let them sing praises to Him with timbrel and lyre.- Psalm 149:3

And David was dancing before the LORD with all his might, and David was wearing a linen ephod. - 2 Samuel 6:14

Below I have listed 6 tips for parents that are raising minstrels, psalmists, and prophetic dancers.

1. Ensure that they are Spirit-filled

2. Give them a biblical foundation concerning what God has called them to do

3. Teach your children how to pray

4. Teach them about pure worship and pure motives for what they do.

5. Polish their talents and get them lessons to master their area of expertise. God will then anoint their ability for service. Sometimes we can grow and see improvement by taking the music, singing and dance lessons.

6. Emphasize sensitivity to the Holy Spirit!!!!

3 Reasons to Be Concerned with Mental Health + Your Children

5 Tips for Teaching Children to Pray

5 Reasons to Consider Counseling For Your Child

4 Keys to Activating Your Child in the Prophetic

Destiny is a War: Fighting for Your Child's Calling

4 Keys to Identifying Spiritual Gifts in Your Children

3 Reasons to Be Concerned with Mental Health + Your Children

5 Tips for Teaching Children to Pray 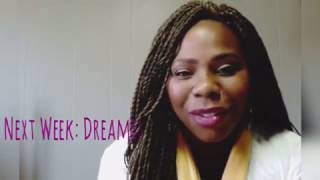 5 Reasons to Consider Counseling For Your Child

4 Keys to Activating Your Child in the Prophetic

Destiny is a War: Fighting for Your Child's Calling

4 Keys to Identifying Spiritual Gifts in Your Children